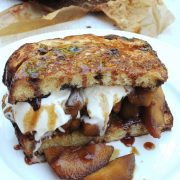 Colomba Pasquale (Easter Dove), is a soft, sweet, traditional Italian bread. Colombo is like Panettone (the traditional Christmas bread– but without the candied fruits. Colomba sets itself apart by being baked into a pigeon-shaped form; its texture is a moist, buttery, bready cake topped with a sugary almond icing. Fluffy, moreish and melt-in-the-mouth.

The dove shape is to symbolize new life in Christ, the resurrection, and the Easter message. It was a Milanese baker Angelo Motta, who popularised panettone at the beginning of the 20th century, who created the Colomba Pasquale. Instead of the dome or cupola-shape of the traditional Christmas panettone he turned it into a dove of peace for Easter. As well as the shape, he changed the recipe, taking out the raisins and adding a little something extra – amaretto. The rich, springy sponge is pricked with cubes of candied orange peel and topped with crunchy sugar and almonds.

Both breads are fantastic, traditionally eaten fresh and in winter warmed in the oven or near an open fire. Colombo and Panettone are bought wrapped in clear plastic bags and boxed in often elaborate colourful boxes depicting their shape and also an image of what the centre looks like. It can be purchased from many delicatessens and some bakeries that specialise in Italian breads.

If you are a fan of the light and buttery French brioche then the Panettone or Colomba might just be your Italian counterpart.

Now I have not used Colombo in this recipe but I did have some panettone left over from my own Italian celebrations, I decided to put together this decadent dessert or breakfast dish. I say breakfast or dessert as it would work in both genres. So with the use of some simple ingredients, Sicilian sweet Marsala wine and an healthy appetite here is my recipe. 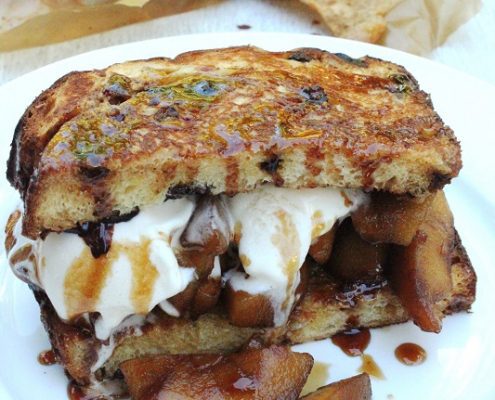