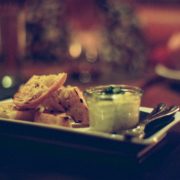 Things to Do in the Basque Country

The Basque Country is a region in Spain known for its sprawling valleys and rugged mountains. The region attracts millions of tourists every year, as Argia reports that 4.5 million tourists visited in 2015 — a number that is likely to have only grown since then. If you’re planning a trip of your own to this beautiful region, read on for a list of things to add to your itinerary.

One of the best ways to appreciate the Basque’s unique landscape and architecture is to explore its two most famous cathedrals, the similarly named Saint Mary’s Cathedral and Sainte-Marie Cathédrale. The former, also called the Cathedral of Santa María, is located in Vittoria-Gastéiz, the peaceful capital of the region. The intricate details of the gothic cathedral were chiselled during its construction in the 13th and 14th century. Not too far in Bayonne, Sainte-Marie Cathédrale’s unique infrastructure makes it a popular site to visit, too. The building is made entirely out of locally sourced red and white stones and overlooks two local rivers. Both landmarks have been declared UNESCO World Heritage Sites and host regular tours for their visitors.

Go on a food crawl 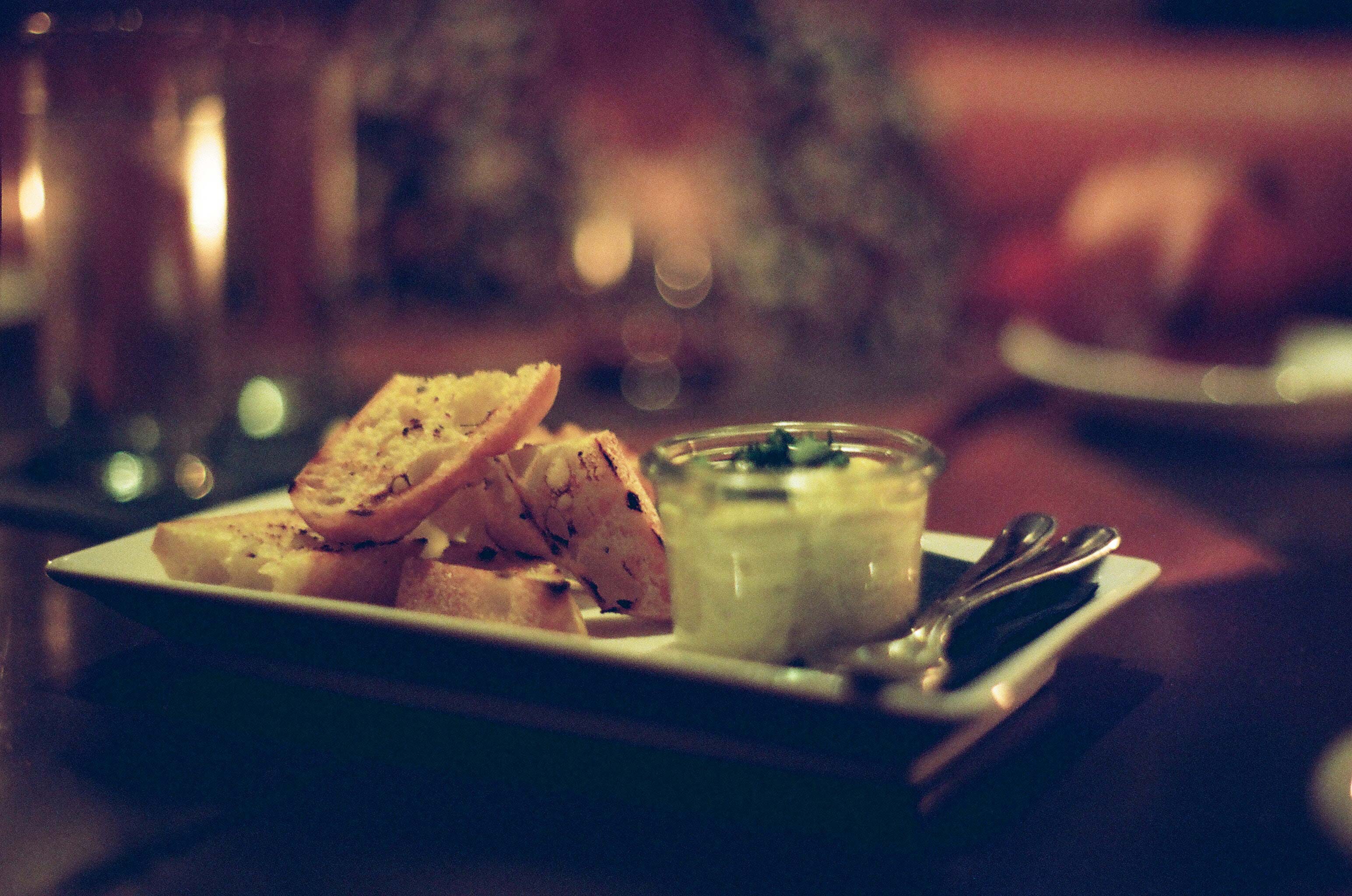 The Spanish people have a rich food culture and history — a fact to take advantage of on your trip. An obvious place to start is with staples like paella, ham, and tapas. We’ve personally confirmed that Spain is home to the most mouth-watering tapas, and these are definitely something you shouldn’t miss out on during your visit.

In the Basque Country specifically, the place to look for is La Bretxa in San Sebastian-Donostia, a market known for its fresh and high-quality seafood. The variety of things at the market are from nearby ports, straight from the fishermen.

For the complete European experience, you can head over to either of the two available land-based casinos in Bilbao or San Sebastian. Gran Casino Bilbao is an excellent choice if you enjoy classic table games like Blackjack and Roulette. Poker tables for games like Texas Hold ’em are also available in the facility.

Of course, the rise of online gaming portals has been both a boon and bane for land-based casinos like Gran Casino Bilbao. Although foot traffic and revenues have undoubtedly taken a hit because of the emergence of online gaming opportunities, these have also made experiences in gaming centres all the more unique, and introduced more people into the excitement of different casino activities. With this in mind, online gaming and casino magazine Expat Bets continues to provide comprehensive casino guides for expats and travellers from around the world on top of giving them a taste of popular games like Big Bad Wolf and Dragon Dance. That’s because there is much more to enjoy on both sides of the spectrum, which sites like this and Gran Casino Bilbao stand as a testament to. If you plan on dropping by the casino at Bilbao, keep in mind that you can play the slot machines from 10 am until 5 am the next day, while table games run from 5 pm until 5 am.

Learn from the museums 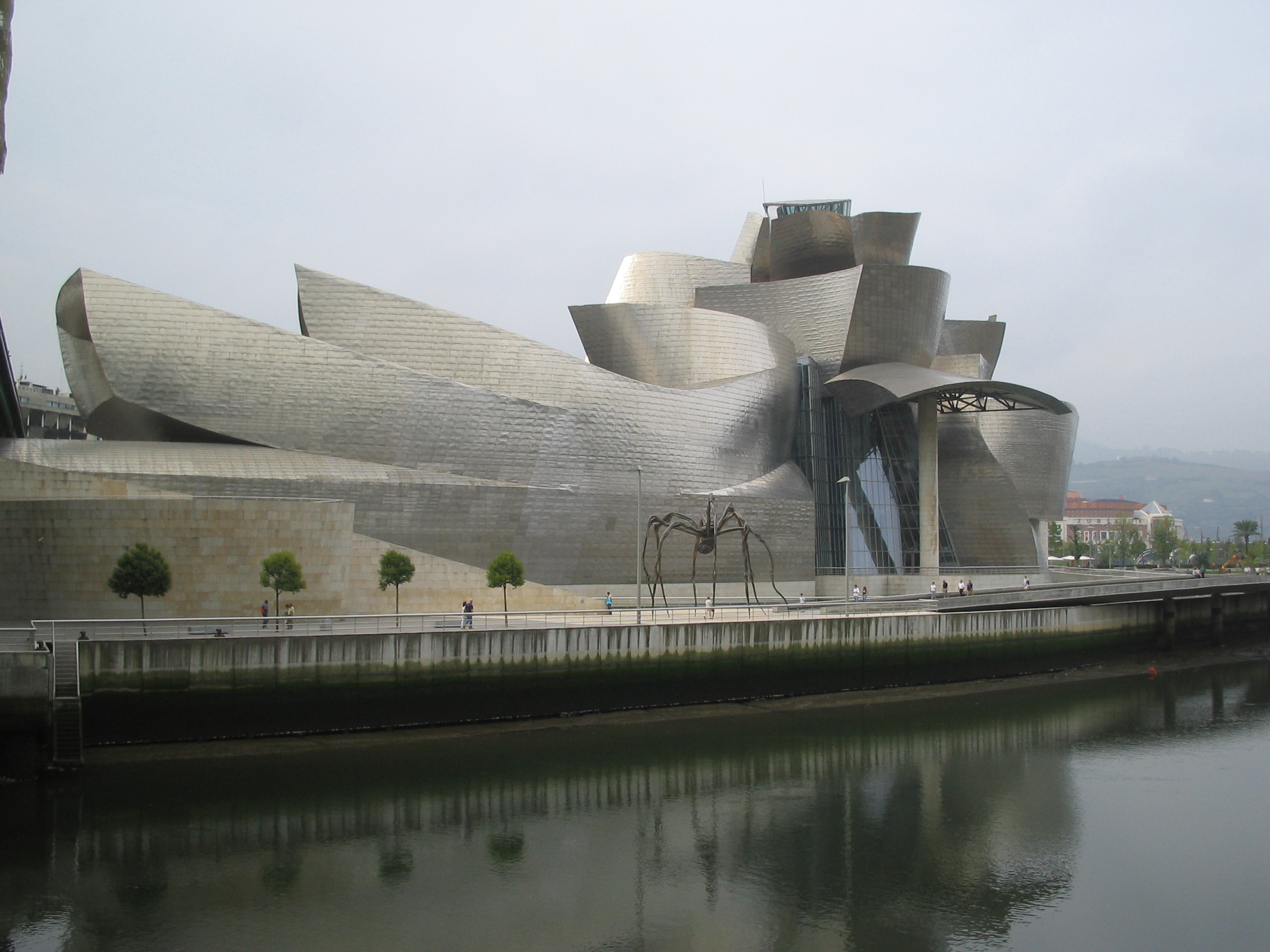 Bilbao is also the home of one of the world’s best museums — The Guggenheim Museum. Filled with contemporary and modern art, this attraction is a must-visit for the artsy tourist. The unique curves and appearance of the building itself is considered a masterpiece designed by architect Frank Gehry, who is known for his unconventional style.

A quainter option is found in Bayonne, in the Musée Basque. It houses over 2,000 artefacts that tell the story of Bayonne and the Basque Country, and is the largest ethnographic museum in the region.

All in all, there are hundreds of things to do for travellers who find themselves in the Basque Country, where enriching one of a kind experiences await at every corner. We love talking about Spain and other famous food destinations here on Dominique Rizzo, because like this breath-taking Spanish region, there is a myriad of places around the world to learn about and explore, sights to see, and food to taste — all just waiting for you to get there. 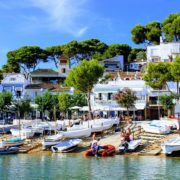 Catalonia, Costa Brava and Barcelona – A must to visit on your travel bucket list!

Why Spain, why Catalonia?  It’s hard not to think of Spain without thinking about wine,  world-class cuisine, tapas, Unesco world heritage sites and some of the most incredible architecture ever designed.

One of the questions that I am often asked is why I chose Spain and why Catalonia for one of my 2021 food tours?

Well if you love Spanish wine,  are a discerning diner who values first-class gastronomy, luxury accommodations and architecture. And you relish in discovering the rich history of food, culture, and art of this region that rubs shoulders with the borders of France. Why wouldn’t you want to travel to Spain…

Nominated as the BEST country to visit in the world for the third year in the  2019 Travel and Tourism Competitive Report by the World Economic Forum. With more than 3,000 miles of coastline, and no fewer than 48 UNESCO World Heritage sites, the most Michelin star restaurants,  and some of the world’s best chefs, renowned artists, and acclaimed architects. Spain and the Catalonia region has to be a must on any avid travellers bucket list.

The capital and largest city is Barcelona. It is the second-most populated municipality in Spain. Tourists flock Barcelona year-round for the “buzz of Barcelona”, one of Spain’s most visited destinations. Barcelona has more than 70 top-notch museums and 24 Michelin-starred restaurants. Its medieval quarter boasts surprising modernist architecture and a vibrant urban culture. Not to mention perhaps one of the most famous ongoing constructions, the Sagrada Famiglia, and the must-see Boqueria Markets. 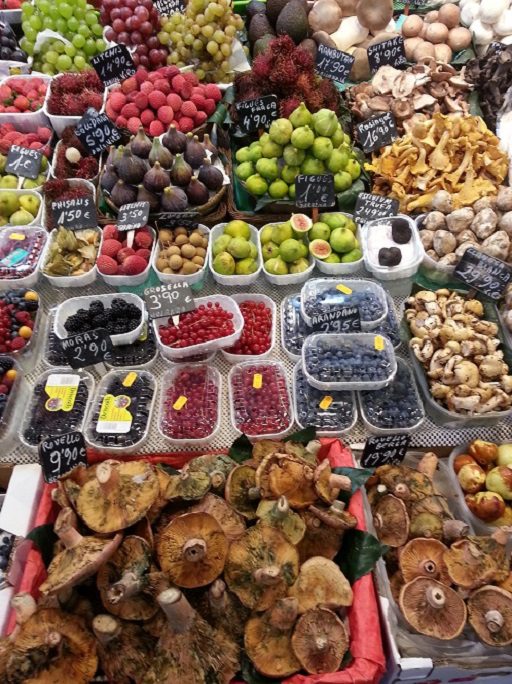 Getting out of your hotel and heading out on foot is one of the best ways to explore Barcelona. Passeig de Gràcia,  Casa Batlló and  Casa Mila designed by Gaudi are within minutes of each other.  This colorful seaside city is full of attractions and things to do. Rivaling Barcelona in historic importance and one of the tour highlights is the medieval town of Girona.

Farther afield, in the idyllic countryside of verdant valleys and gently rolling hills, we discover quaint medieval towns, picturesque seaports, and quiet country villages where chirping birds and church bells are the loudest noises. Here you can visit the coves of Cadaqués on the Costa Brava and every stop along the way, the local gastronomy will tempt you.   Stretching Northeast from the coves and beaches of Blanes to Catalonia’s border with France, the Costa Brava is Spain’s most beautiful coastline. This 1,240-mile coast of rugged cliffs and idyllic beaches is one of Europe’s favorite seaside playgrounds, and its pretty little whitewashed towns have lured artists that include Dali, Picasso, and Marc Chagall.  The House of Dali, and the Museum which many people say is “the must-see” of a lifetime. 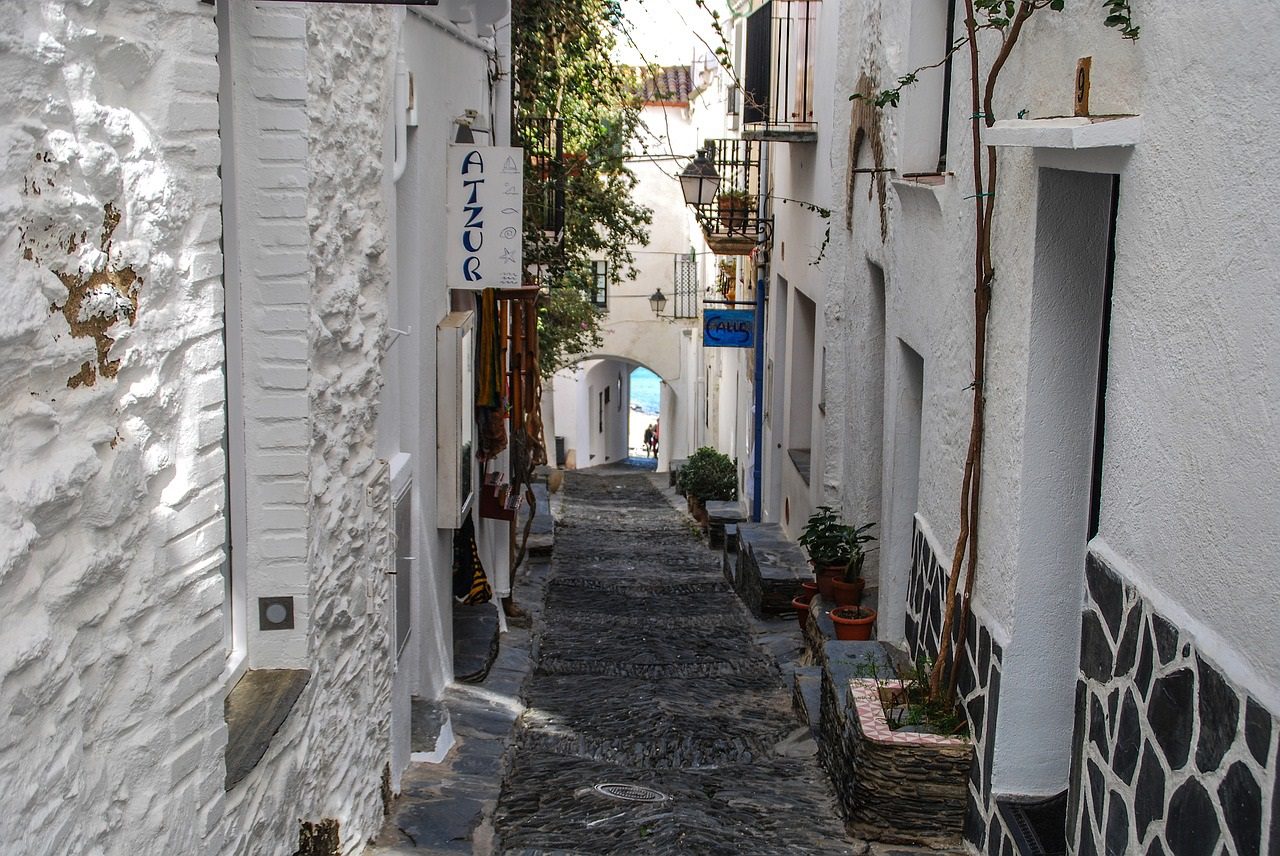 Bordered by the mountains and the Mediterranean Sea, Catalonia is the traditional region of Spain that is fiercely proud of its unique culture. The 4 most important regions of Catalonia are Barcelona, Girona, Lleida, and Tarragona. Catalonia has beautiful sandy beaches like Costa Maresme, reaching into the Mediterranean Sea, unlike those other feet-breaking pebble beaches, that were until more recently were unknown to tourists who happily headed south of Barcelona to Sitges (although Sitges is still a favourite). Many locals of Barcelona preferred to head north towards The Costa Brava where many owned their weekender beach apartment – white tiles throughout, clean and cool in the summer months. 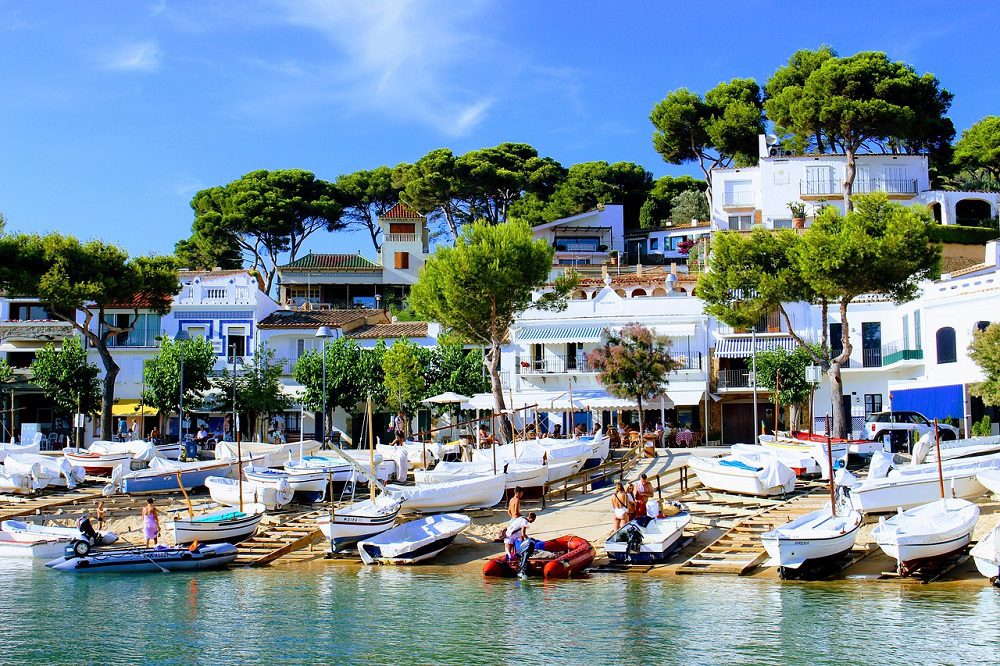 What do you do after a day swimming at the beach but eat fresh seafood and this is where the famous fish markets at Arenys de Mar comes in to play. They say it is something else to watch the fishing boats come into port in the late afternoon, followed by flocks of seagulls hoping to feed on some fish. There is a fish auction at the port at night – perfect to take home the freshest of fish to cook for dinner.

The history of food in this area is what really is fascinating – from sauces introduced by the Phoenicians, olive oil brought in by the Greeks, and then the influence of the Romans, Carthaginians, and Jews bringing with them their own exotic flavours and spices. 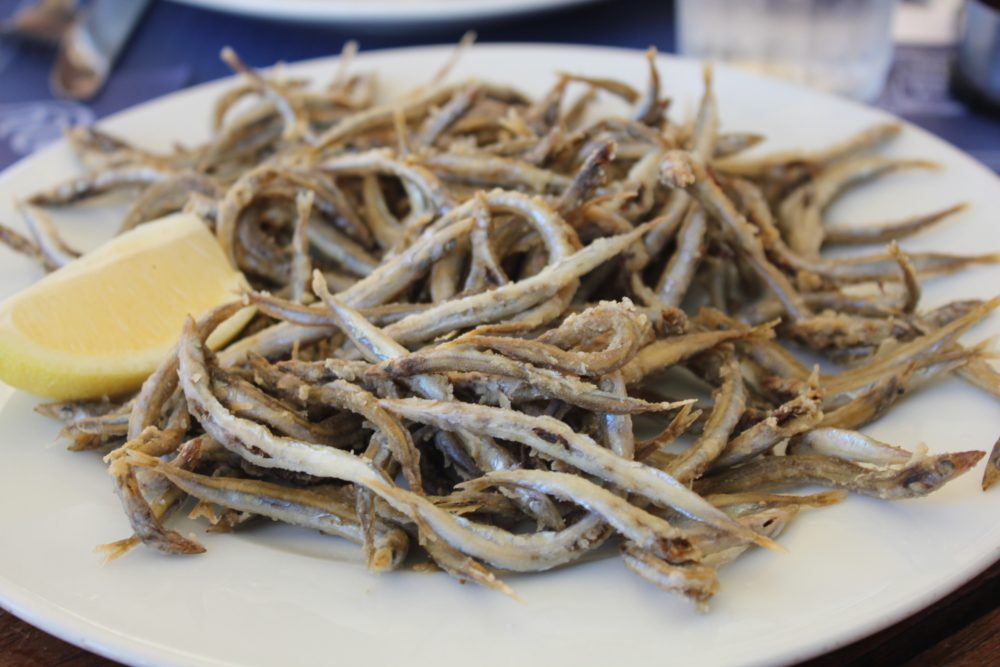 While paella is the traditional food of Spain, the Arabs instilled the love of almonds and gazpacho, while the Christians introduced Spanish Jamon (ham) previously banned by the Jews and Arabs alike. Garlic, garlic, garlic – it’s gastronomical flavor making even garlic soup a must-do.

When not at the beach or eating bocadilos – the amazing baguette with Spanish ham or drinking cava the champagne of the area or rich coffee, you can dine in some of Spain’s finest Michelin star restaurants taking your dining experiences to the next level. 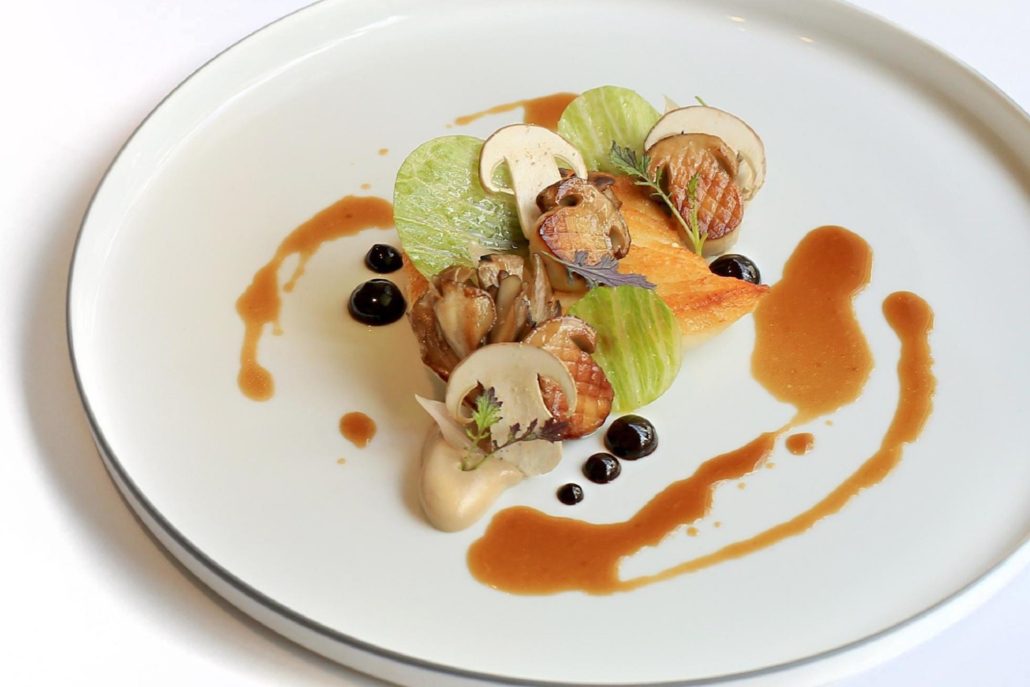 Sometimes the reasons why I chose Catalonia are endless.

Dominique’s Spanish tours for 2021 include a focused tour to Barcelona, Catalonia and Costa Brava, and likewise, the same gastronomic and luxury tour is now available to Rioja and Basque Country including the South of France. Claimed as one of the best-kept secrets of Spain and celebrated as one of the best regions for the excellence of food and wine.  These tours have been personally designed by Dominique to give you the best of the best and are limited to a maximum of 19 travellers only. 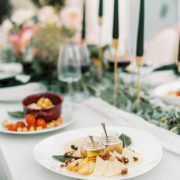 After a day of art, culture, and history,  do as the locals do and head to one of the many fantastic bars in Barcelona.

Here is the low down on bars in Barcelona as a starting point.

Can Cisa Bar Brutal – Natural wine bar and Wine Shop.
This has one of the best Natural Wine selections in Barcelona you can buy everything at takeaway prices.

L’Anima del Vi – is so Spanish, great food, great local vibe.
Lots of bottles on the walls but as always, ask for anything you are chasing. They have an extensive off list cellar and back vintages of great things!

Vila VIniteca – A great wine shop with big vibes, near the marina.

Boadas – Pretty cool spot for a cocktail. Has been open since the ‘30s and is one of the oldest art deco buildings in the city.

La Cova Fumada – This is a classic tapas basement restaurant with heaps of attitude and charcoal-grilled vegetables and smoked meats.

Quimet y Quimet – some of the best smoked, canned, and dried, pickled seafood and meats in the city. Canned Quail is the hot tip here.

Tickets – Adrias bros tapas – it is really good but you will want to book or line up early.

Bodega 1900 – Adria’s Vermut Bar. Its actually opposite Tickets. Must book for dinner.

Cal Pep – an absolute institution, sit at the bar, drink heaps of beer and eat heaps of seafood from the Plancha.

With thanks to a Chef friend in Barcelona for sharing.

Would you like to experience the Art, History, Wine, and Gastronomy of Spain? Click here for our selection of tours travelling to Spain 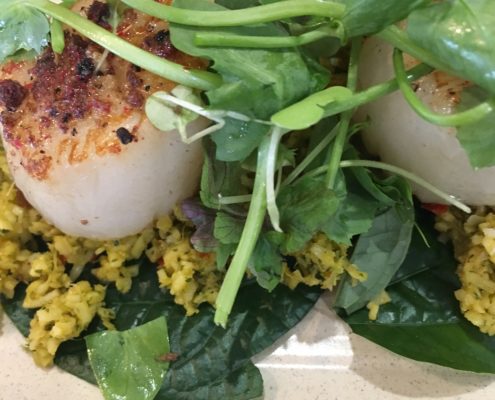